Why Today’s Leaders Need Emotional Intelligence More Than Ever 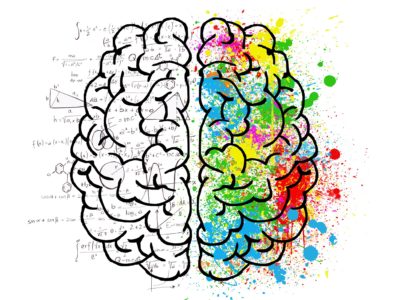 We all know someone who didn’t exactly shine at school, but went on to be hugely successful in their chosen careers. The reason is simple: IQ – the standard measure of intelligence – is only one aspect of doing well. The other aspects involve our abilities to empathise, to fit in, to understand and manage ourselves and others. These are the principles which underpin Emotional Intelligence or EI.

Daniel Goleman, psychologist and author defines EI as: “The capacity for recognising our own feelings and those of others, for motivating ourselves, for managing emotions well in ourselves and in our relationships.”

There have been numerous studies showing that EI makes the difference between a highly effective leader and an average one. In today’s competitive knowledge-driven organisation, highly effective leadership is more important than ever. Today’s leaders – from top executives to line managers – must have more than just the right technical and soft skills. As organisations become leaner, flatter and more fluid in order to compete effectively, leaders need to optimise their personal resources. And that starts by developing high levels of emotional intelligence.

EI is a powerful resource. It can make a positive difference to the quality of decision-making, leadership, customer loyalty, creativity and innovation. The key to competitive advantage in our knowledge-driven economy is behaving in a more emotionally intelligent way. Then you can harness the potential of your organisation’s greatest asset – its people.

Think about it from a leadership perspective. Why do you do what the boss tells you to do? And when you are the boss? Why do others do what you ask them to do? There are really only ever two answers; either because you have to, or because you want to. People either do what is asked of them because you are the authority and they fear the consequences of not doing it; or because they trust you and believe it is the right thing to do and they are motivated to do it.

As a leader you have a choice of using positional power, making people do what you want because they have to – or personal power, which is the power you wield when you want to motivate and engage people. Both kinds of power are going to be relevant and necessary at a given time in a leadership role. However, ask any leader, if they had a preference, which kind of power they would prefer to operate from.  Almost without exception the response is always: ‘personal power’. In reality though, it is often easiest for leaders to default to positional power as the easiest way to get things done despite preferring to use personal power. Emotionally intelligent leaders will use personal power effectively to get the results they want.

In his article, “What Makes a Leader?” (HBR’s 10 Must Reads, May 2015), Goleman refers to a study by American Psychologist David McClelland who found that when an organisiation had a critical mass of emotional intelligence amongst senior managers they exceeded the year’s earnings goals by 20%. In other areas of the organisation without a critical mass of EI, they underperformed by the same amount.

Emotionally intelligent leaders who exert personal power to get the results they want must also have the courage to give people permission to experiment and take risks without fear of failure or retribution. Achieving a culture of trust is a two-way street. And the rewards are significant.

It seems to me that has never been a stronger case for developing a critical mass of emotional intelligence within organisations that want to increase performance, enhance innovation, do more with less, improve collaboration and build trust.